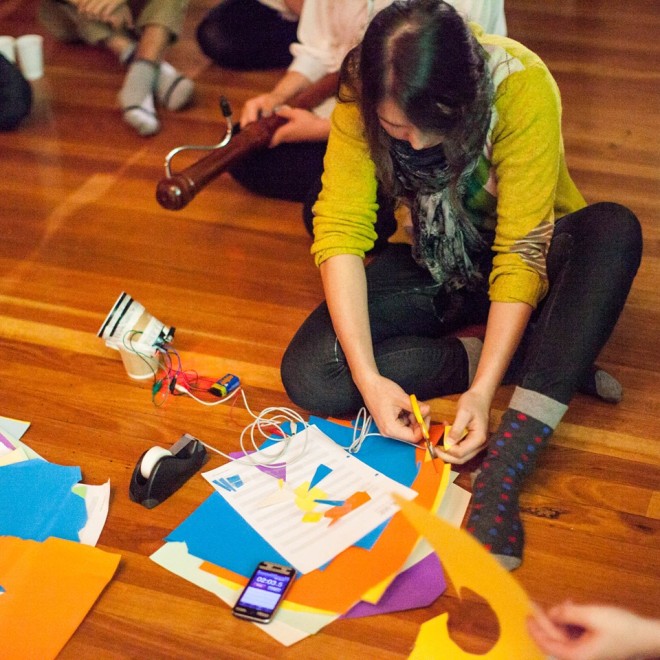 Piece for 3 composers and 3 Musicians

Piece for 3 Composers and 3 Musicians was one of two pieces written as part of the Canberra Composer’s Collective’s summer camp in January 2016. During the program we were taught the age old process of creating contact microphones out of piezzo buzzers, which provided much of the inspiration for this piece.

During the first half of the piece 3 composers speed-craft graphic scores by cutting up coloured paper and taping it to sheets of manuscript paper. The scissors and tape dispensers used in this process are amplified using contact microphones.

The second half of the piece is 3 musicians interpreting the scores created by the composers.

The piece has been performed a number of times by the Canberra Experimental Music Studio. It was premiered during the showcase for the Canberra Composer’s Collective 2015 Summer Camp by, Benjamin Drury, Ian Blake, Helena Popovic, Hayden Fritzlaff, Brendan Keller Tuberg and Gen Kinoshita, on January 30th 2015. It was subsiquently performed during You Are Here‘s Ill Advised Night Out on the 21st of March 2015.

Here are some examples of scores created during the piece:

An article written about the Summer camp: